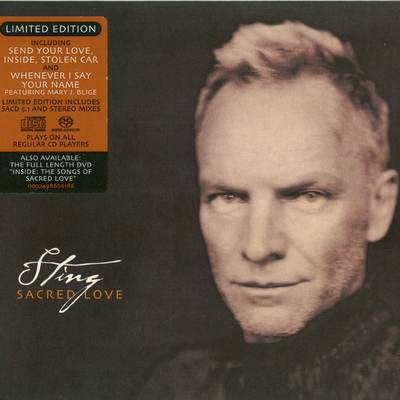 Sting scored a moderate comeback success greater than most had imagined possible with 1999’s Brand New Day, reestablishing himself as a viable commercial artist instead of merely settling for “living legend” status. Part of this success was due to “Desert Rose,” featuring vocalist Farhat Bouallagui’s careening cadences that garnered attention, particularly when they were showcased in a car commercial that kicked the album into high commercial gear. Sting picks up on this, adding three guest vocalists to the ten-track Sacred Love album (the 11th track is a remix of the lead single, “Send Your Love” — which happens to be better, since it eliminates the rather annoying Indian-styled hook) — Vicente Amigo and Anoushka Shankar are paired with Mary J. Blige, who in this context is presented as a world music artist. None of the guests makes much of an impression here, but neither does Sting, since this is an album that puts sound over song or performance. Sacred Love is to Brand New Day what Mercury Falling was to Ten Summoner’s Tales — a fussy, overworked stab at maturity, one that has impeccable craft but is obscured by its own meticulousness. It is professional to a fault, using its maturity and preciseness to obscure the fact that the songs don’t really work. Sting isn’t always hemmed-in, even ending “Inside” with a hysterical rant that makes him seem like a madman, but it has the effect of making the rest of the album seeming too deliberate and far from adventurous. It’s far from a bad listen, nor is it embarrassing, but it’s entirely too predictable, coming across as nothing more than well-tailored, expensive mood music, which is certainly far less than what Sacred Love could have been. ― Allmusic 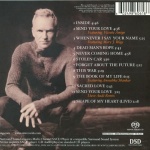 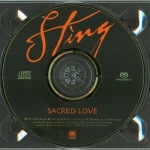