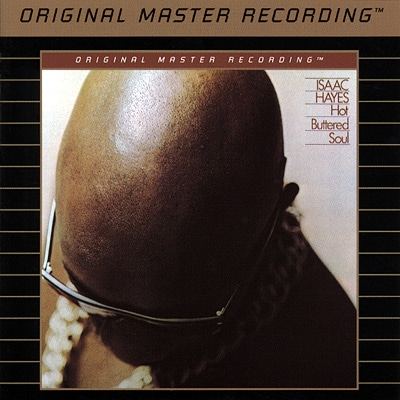 Released at the tail end of the ’60s, Hot Buttered Soul set the precedent for how soul would evolve in the early ’70s, simultaneously establishing Isaac Hayes and the Bar-Kays as major forces within black music. Though not quite as definitive as Black Moses or as well-known as Shaft, Hot Buttered Soul remains an undeniably seminal record; it stretched its songs far beyond the traditional three-to-four-minute industry norm, featured long instrumental stretches where the Bar-Kays stole the spotlight, and it introduced a new, iconic persona for soul with Hayes’ tough yet sensual image. With the release of this album, Motown suddenly seemed manufactured and James Brown a bit too theatrical. Surprising many, the album features only four songs. The first, “Walk on By,” is an epic 12-minute moment of true perfection, its trademark string-laden intro just dripping with syrupy sentiment, and the thumping mid-tempo drum beat and accompanying bassline instilling a complementary sense of nasty funk to the song; if that isn’t enough to make it an amazing song, Hayes’ almost painful performance brings yet more feeling to the song, with the guitar’s heavy vibrato and the female background singers taking the song to even further heights. The following three songs aren’t quite as stunning but are still no doubt impressive: “Hyperbolicsyllabicsequedalymistic” trades in sappy sentiment for straight-ahead funk, highlighted by a stomping piano halfway through the song; “One Woman” is the least epic moment, clocking in at only five minutes, but stands as a straightforward, well-executed love ballad; and finally, there’s the infamous 18-minute “By the Time I Get to Phoenix” and its lengthy monologue which slowly eases you toward the climactic, almost-orchestral finale, a beautiful way to end one of soul’s timeless, landmark albums, the album that transformed Hayes into a lifelong icon. ― Allmusic