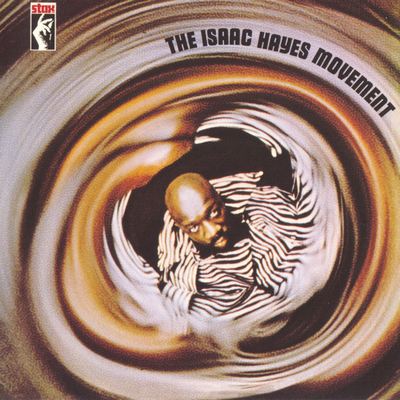 Although this is Isaac Hayes’ third long-player, he had long been a staple of the Memphis R&B scene — primarily within the Stax coterie — where his multiple talents included instrumentalist, arranger, and composer of some of the most beloved soul music of the ’60s. Along with his primary collaborator, David Porter, Hayes was responsible for well over 200 sides — including the genre-defining “When Something Is Wrong With My Baby,” “Soul Man,” “B-A-B-Y,” “Hold On, I’m Comin’,” and “I Had a Dream.” As a solo artist however, Hayes redefined the role of the long-player with his inimitably smooth narrative style of covering classic pop and R&B tracks, many of which would spiral well over ten minutes. The Isaac Hayes Movement (1970) includes four extended cuts from several seemingly disparate sources, stylistically ranging from George Harrison’s “Something” to Jerry Butler’s “I Stand Accused” and even Burt Bacharach and Hal David’s “I Just Don’t Know What to Do With Myself.” These early Hayes recordings brilliantly showcase his indomitable skills as an arranger — as he places familiar themes into fresh contexts and perspectives. For example, his lengthy one-sided dialogue that prefaces “I Stand Accused” is halting in its candor as Hayes depicts an aching soul who longs for his best friend’s fiancée. Even the most hard-hearted can’t help but have sympathy pains as he unravels his sordid emotional agony and anguish. Hayes’ lyrical orchestration totally reinvents the structure of “Something” — which includes several extended instrumental sections — incorporating equally expressive contributions from John Blair (violin). Both “I Just Don’t Know What to Do With Myself” and the comparatively short (at under six minutes) “One Big Unhappy Family” are more traditionally arranged ballads. Hayes again tastefully incorporates both string and horn sections to augment the languid rhythm, providing contrasting textures rather than gaudy adornment. These sides offer a difference between the proverbial “Black Moses of Soul” persona that would be responsible for the aggressive no-nonsense funk of Shaft (1971) and Truck Turner (1974). ― Allmusic