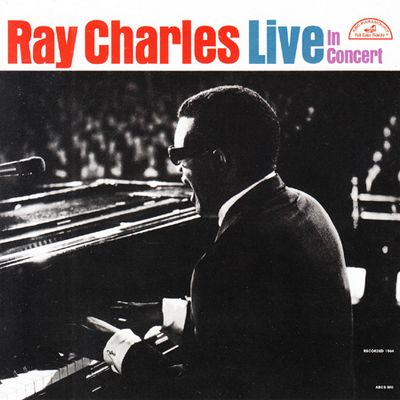 This classic 1964 recording by Ray Charles includes 12 vintage tracks performed to perfection. His voice is in great shape, and the recording by Wally Heider is a marvel for its day; all the instruments are placed nicely with Charles’ voice out front where it belongs. There’s a slinky version of “Hallelujah I Love Her So,” the musicians creating nice little changes behind Charles’ soulful nuances. The singer tells us Miss Lillian Ford of the Raelets “helps out” on “Don’t Set Me Free”; it’s a duet and a nice change of pace. Rick Ward’s tacky liner notes fail to say who is backing up the singer at The Shrine Auditorium in Los Angeles, except for David “Fathead” Newman credited with the tenor solo on “Swing a Little Taste,” the opening track. Not to be confused with the 1973 re-release Ray Charles Live, which is comprised of 1958 and 1959 concerts, this album is called Live in Concert, and is Charles in Los Angeles after a Japanese tour in 1964. “What I’d Say” and a nice version of “Margie” are here, along with a six-minute take on “I Gotta Woman.” For the finale he has the Ray Charles Choir come out to help close the show with a marching-band version of “Pop Goes the Weasel.” The 12 tracks are priceless Ray Charles, especially the reinvention of “You Don’t Know Me,” stirringly different from his timeless hit version but just as impressive. Excellent photos by Ray Hearne, especially the cover profile. ― Allmusic 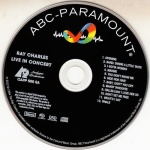