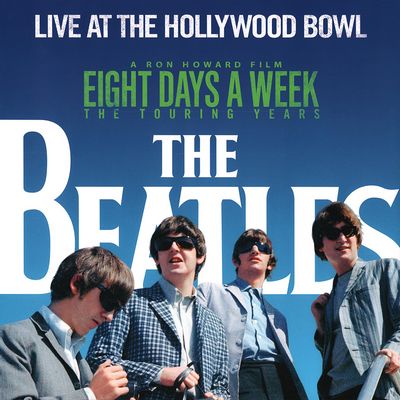 Capitol Records initially planned to release a live album from the Beatles in 1964, recording the band’s August 23 concert at the Hollywood Bowl. Nobody at the label found the results satisfactory so they attempted it again almost exactly a year later, taping the August 29 and 30, 1965 shows at the Hollywood Bowl but, once again, it proved hard to hear the Fab Four from underneath the roar of the crowd, so those tapes were also shelved. They remained in the vaults until 1977, when Capitol president Bhaskar Menon asked George Martin to assemble a listenable live album from the two sets of Hollywood Bowl tapes, all with the idea of combating the rise of bootlegs and quasi-legit Beatles live albums. It was a difficult task, yet Martin and engineer Geoff Emerick managed to assemble a 13-track LP of highlights that was quite well received upon its 1977 release yet managed to earn a reputation as something of a disappointment in part due to the screams that overwhelmed the band. Whenever the Beatles catalog saw a digital release — either in 1987 or in 2009 — it was always left behind, not receiving a revision until 2016 when Martin’s son Giles remastered the recordings, including four bonus tracks, for a CD/digital release to accompany Ron Howard’s documentary Eight Days a Week: The Touring Years. Giles Martin’s remastering does Live at the Hollywood Bowl a world of good, managing to somewhat suppress the thundering cheers without excising them at all, then boosting the Beatles so it’s possible to focus on their crackerjack interplay. Perhaps the Beatles weren’t able to hear themselves well on-stage but that’s hard to discern from these performances, which are tight and swinging with the band clearly deriving energy from the audience. That’s the primary difference between Live at the Hollywood Bowl and the two volumes of Live at the BBC: no matter how excellent those BBC collections are, there’s no sense of the kinetic connection between the Beatles and their fans, something that’s in ample display on Live at the Hollywood Bowl. Decades later, it’s still thrilling to hear the band and the crowd feed off the excitement of the other. ― Allmusic