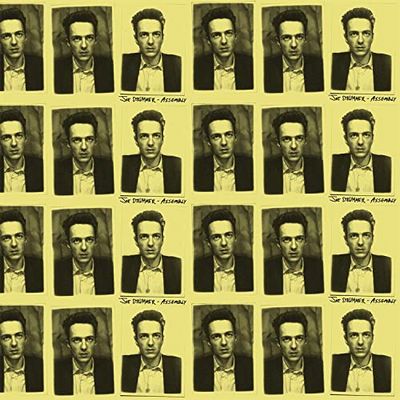 It was Joe Strummer’s good fortune that he was the frontman of one of the greatest rock bands of all time, the Clash. It was his burden that after the group broke up, he had to spend the rest of his career being judged by a standard that meant only so much to him. Very little of what Strummer did as solo artist followed the musical template of the Clash, and that was just the way he wanted it. His albums had as much to do with folk as rock in their focus on storytelling and character studies, as well as his willingness to incorporate acoustic guitars and fiddles in their arrangements to give them a sound and personality distinct from what he’d done in the past. The 2018 compilation Joe Strummer 001 was an effort to bring together the gems from Strummer’s post-Clash catalog and examine his solo recordings with fresh ears, and 2021’s Assembly is a more compact attempt to do essentially the same thing, wrapping up the package with 16 tracks rather than 001’s 32. Joe Strummer 001 sometimes felt overstuffed despite the quality of the material, and in contrast Assembly feels like it’s not quite enough. The material with his band the Mescaleros is uniformly fine, even when it upends expectations of what Strummer could do in the studio. The gentle flow of &#82