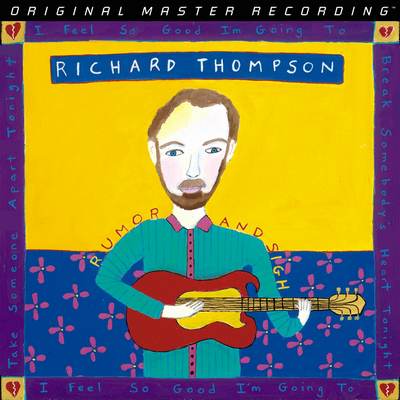 While Richard Thompson’s devotees will tell you the man is a triple-threat genius — passionate vocalist, compelling songwriter, and sterling guitarist — even his most loyal supporters will concede that the dour nature of his songs and the no-frills production of many of his albums make the bulk of his catalog tough sledding for the uninitiated. Given this, 1991’s Rumor and Sigh is arguably the best album for those wanting to sample Thompson’s work for the first time. It captures Thompson at the top of his form on all fronts, but also gives his songs just enough polish to make them approachable for the unconverted, and though it’s several shades darker than the average adult-contemporary album, it honors Thompson’s obsession with romantic despair and the less pleasant quirks of fate without sounding depressing in the process. Producer Mitchell Froom tricked up Thompson’s sound a bit, but his approach added to the material rather than interfering with it; the topsy-turvy keyboards and sharp, snapping drum sound on “Gray Walls” and “You Dream Too Much” actually add to their narrative drama, and Froom coaxed some of Thompson’s most soulful vocals on “Why Must I Plead” and “I Misunderstood.” Thompson actually gets funny on “Don’t Sit On My Jimmy Shands” and the darkly hilarious “Psycho Street,” and Thompson fans who like his work straight with no chaser will be knocked flat by “1952 Vincent Black Lightning,” perhaps the best traditional-style number in his songbook, and the harrowing “God Loves A Drunk,” an unnerving tale of several kinds of addiction. While Rumor and Sigh is quite slick by Thompson’s standards, its clean lines and bright mix serve both the songs and the bandleader quite well, and make Thompson’s tunes sound like the radio hits they’ve always deserved to be. ― Allmusic 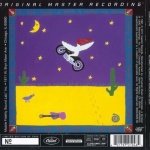 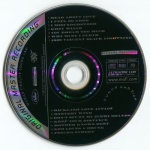