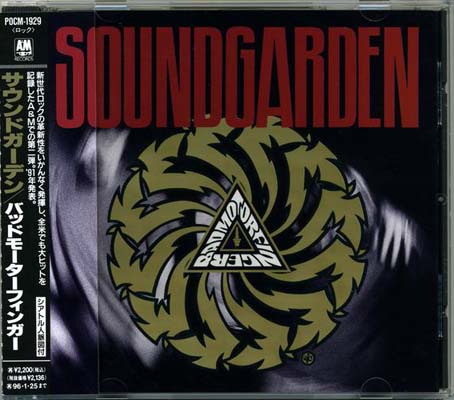 Bidding for a popular breakthrough with their second major-label album, Soundgarden suddenly developed a sense of craft, with the result that Badmotorfinger became far and away their most fully realized album to that point. Pretty much everything about Badmotorfinger is a step up from its predecessors — the production is sharper and the music more ambitious, while the songwriting takes a quantum leap in focus and consistency. In so doing, the band abolishes the murky meandering that had often plagued them in the past, turning in a lean, muscular set that signaled their arrival in rock’s big leagues. Conventional wisdom has it that despite platinum sales, Badmotorfinger got lost amid the blockbuster success of Nevermind and Ten (all were released around the same time). But the fact is that, though they’re all great records, Badmotorfinger is much less accessible by comparison. Not that it isn’t melodic, but it also sounds twisted and gnarled, full of dissonant riffing, impossible time signatures, howling textural solos, and weird, droning tonalities. It’s surprisingly cerebral and arty music for a band courting mainstream metal audiences, but it attacks with scientific precision. Part of that is due to the presence of new bassist Ben Shepherd, who gives the band its thickest rhythmic foundation yet — and, moreover, immediately shoulders the departed Hiro Yamamoto’s share of songwriting duties. But it’s apparent that the whole band has greatly expanded the scope of its ambitions. And Badmotorfinger fulfills them, pulling all the different threads of the band’s sound together into a mature, confident, well-written record. This is heavy, challenging hard rock full of intellectual sensibility and complex band interplay. And with their next album, Soundgarden would learn how to make it fully accessible to mainstream audiences as well. ― Allmusic 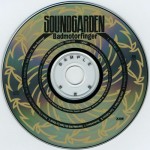