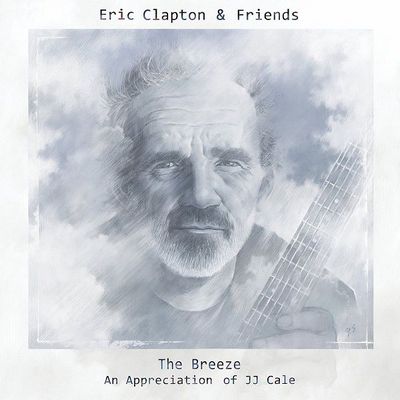 In a sense, nearly every album Eric Clapton recorded after 1970 has been a tribute to J.J. Cale. On that first solo album, Clapton cut a cover of Cale’s “After Midnight” and while he was under the spell of Delaney Bramlett for that album, soon enough Slowhand began drifting toward the laconic shuffle that was Cale’s stock in trade. Clapton never hesitated to credit Cale, dropping his name in interviews, turning “Cocaine” into a modern standard, even going so far as to record an entire duet album with the Oklahoma troubadour called The Road to Escondido in 2006. In other words, E.C. owed J.J. little but after Cale passed at the age of 74, the guitarist decided to pay a full-scale tribute in the form of the 2014 LP The Breeze: An Appreciation of J.J. Cale. Working with most of his regular band, Clapton also invited a host of friends who share a soft spot for Cale, including Tom Petty, Mark Knopfler, John Mayer, Willie Nelson, and the Oklahoma-based singer Don White, whose vocals are within the range of the departed Cale. All of these musicians don’t distract from E.C.’s version of J.J.: everybody slides into an exceedingly laid-back, pristine roots groove, one that barely rises above a steady simmer — only “I’ll Be There (If You Ever Want Me)” boogies, but “Cajun Moon” skips along, too — and one that’s executed with the precision of old pros. Occasionally, a personal stylistic quirk stamps a track with a signature — there’s no mistaking Willie’s idiosyncratic phrasing or Knopfler’s Strat — but otherwise, everybody is operating at the same relaxed pace, differences between the musicians disappearing alongside the distinctions between songs. It’s all perfectly pleasant and a convincing testament to what Clapton learned from Cale, although its silvery monochromatic shuffles suggest J.J. was a little more one-dimensional than he actually was. ― Allmusic