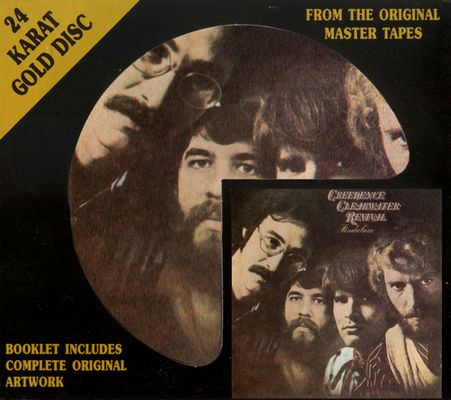 During 1969 and 1970, CCR was dismissed by hipsters as a bubblegum pop band and the sniping had grown intolerable, at least to John Fogerty, who designed Pendulum as a rebuke to critics. He spent time polishing the production, bringing in keyboards, horns, even a vocal choir. His songs became self-consciously serious and tighter, working with the aesthetic of the rock underground — Pendulum was constructed as a proper album, contrasting dramatically with CCR’s previous records, all throwbacks to joyous early rock records where covers sat nicely next to hits and overlooked gems tucked away at the end of the second side. To some fans of classic CCR, this approach may feel a little odd since only “Have You Ever Seen the Rain” and maybe its B-side “Hey Tonight” sound undeniably like prime Creedence. But, given time, the album is a real grower, revealing many overlooked Fogerty gems. Yes, it isn’t transcendent like the albums they made from Bayou Country through Cosmo’s Factory, but most bands never even come close to that kind of hot streak. Instead, Pendulum finds a first-class songwriter and craftsman pushing himself and his band to try new sounds, styles, and textures. His ambition results in a stumble — “Rude Awakening 2” portentously teeters on the verge of prog-rock, something CCR just can’t pull off — but the rest of the record is excellent, with such great numbers as the bluesy groove “Pagan Baby,” the soulful vamp “Chameleon,” the moody “It’s Just a Thought,” and the raver “Molina.” Most bands would kill for this to be their best stuff, and the fact that it’s tucked away on an album that even some fans forget illustrates what a tremendous band Creedence Clearwater Revival was. ― Allmusic