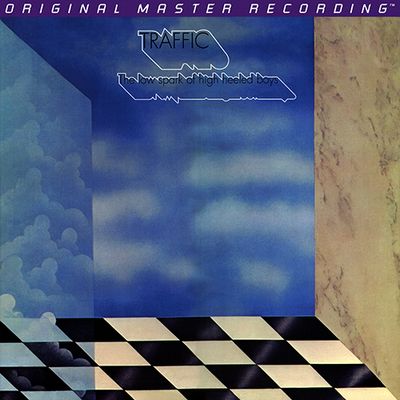 The Low Spark of High Heeled Boys marked the commercial and artistic apex of the second coming of Traffic, which had commenced in 1970 with John Barleycorn Must Die. The trio who made that album were augmented by three others (Ric Grech, Jim Gordon, and “Reebop” Kwaku Baah) in the interim, though apparently the Low Spark sessions featured varying combinations of these musicians, plus some guests. But where their previous album had grown out of sessions for a Steve Winwood solo album and retained that focus, Low Spark pointedly contained changes of pace from his usual contributions of midtempo, introspective jam tunes. “Rock & Roll Stew” was an uptempo treatise on life on the road, while Jim Capaldi’s “Light Up or Leave Me Alone” was another more aggressive number with an unusually emphatic Capaldi vocal that perked things up on side two. The other four tracks were Winwood/Capaldi compositions more in the band’s familiar style. “Hidden Treasure” and “Rainmaker” bookended the disc with acoustic treatments of nature themes that were particularly concerned with water, and “Many a Mile to Freedom” also employed water imagery. But the standout was the 12-minute title track, with its distinctive piano riff and its lyrics of weary disillusionment with the music business. The band had only just fulfilled a contractual commitment by releasing the live album Welcome to the Canteen, and they had in their past the embarrassing Last Exit album thrown together as a commercial stopgap during a temporary breakup in 1969. But that anger had proven inspirational, and “The Low Spark of High Heeled Boys” was one of Traffic’s greatest songs as well as its longest to date. The result was an album that quickly went gold and then platinum in the U.S., where the group toured frequently. ― by Allmusic