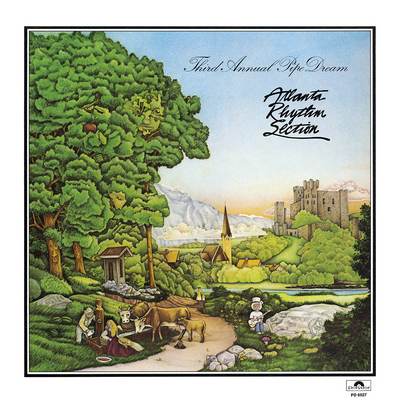 For their third album, the Atlanta Rhythm Section, newly signed to Polydor after a couple of releases for Decca, put their best foot forward with some good-time Southern-flavored rock & roll for the album’s opener, “Doraville,” a catchy tribute to their hometown. They also weave a subtler spell with “Jesus Hearted People,” which presents their love of Southern culture in more general terms. From there it’s off to the suitably bluesy moments on “Close the Door” and the moody instrumental “Blues in Maude’s Flat,” and into swamp rock territory on “Join the Race (To Inner Space),” which also slips in a few hints of progressive rock jamming, especially on the keyboards and the guitar break. And that’s all just the first side — the second side of the original LP shows the band in a more introspective and experimental mode (especially on “The War Is Over”), but doesn’t skimp on the musicianship, basic and otherwise, and “Angel (What in the World’s Come Over Us)” even adds harmonies almost worthy of Crosby, Stills & Nash. The resulting record ended up breaking a few rules at the time — most Southern bands (apart from the Allman Brothers) weren’t supposed to get too experimental — but it touches all the right buttons to make good listening three decades later and counting. Sad to say, at the time it only peaked at number 74 (which would be their highest LP chart placement for the next couple of years), and yielded a pair of regional hits, “Doraville” and “Angel”; but it’s worth tracking down for more than a couple of listens for a sharper take on the permutations of “Southern rock.” ― Allmusic