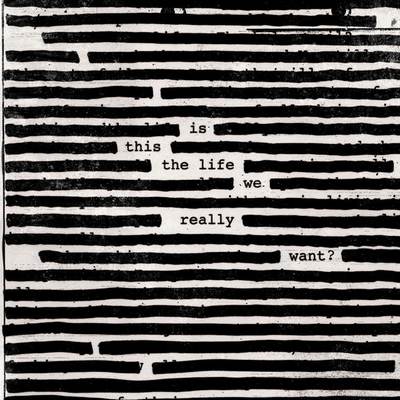 Roger Waters may not have made an album of new material between 1992 and 2017, but he was very active during that quarter-century. He toured regularly, wrote an opera, reunited Pink Floyd for the 2005 charity concert Live 8, and revived The Wall several times, turning the self-absorbed rock opera into a political piece. Is This the Life We Really Want?, his fourth song cycle, picks up on this thread, functioning as barbed protest music for the age of Brexit and Trump. Waters doesn’t disguise his bile — there’s a lament for “The Last Refugee” and he spits out “picture a leader with no f****** brains,” a clear broadside against Trump — but the album doesn’t seethe with rage. With its deliberate tempos, wide soundscapes, operatic guitar solos, and swelling crescendos, it is recognizably a Waters album or, perhaps more accurately, a Floydian one. Where his other solo albums sported productions that tied them to their time — quite garishly so in the case of 1987’s Radio K.A.O.S. — Is This the Life We Really Want? is warm and supple, thanks in no small part to a band featuring guitarists Jonathan Wilson and Gus Seyffert, drummer Joey Waronker, and keyboardist Roger Manning. The key player, though, is producer Nigel Godrich, who gives this a sonic richness evoking late-period Pink Floyd without specifically nodding toward any particular record. Certainly, Is This the Life We Really Want? lacks the straightforward narrative or melodic thrust of The Wall, but it isn’t as somnolent as The Final Cut, and if the songs don’t call attention to themselves, they nevertheless form a long suite that works as a sustained mood piece. ― Allmusic