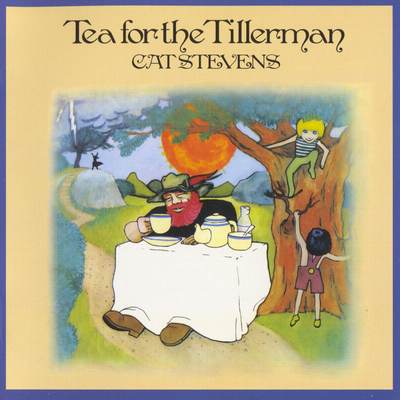 Mona Bone Jakon only began Cat Stevens’ comeback. Seven months later, he returned with Tea for the Tillerman, an album in the same chamber-group style, employing the same musicians and producer, but with a far more confident tone. Mona Bone Jakon had been full of references to death, but Tea for the Tillerman was not about dying; it was about living in the modern world while rejecting it in favor of spiritual fulfillment. It began with a statement of purpose, “Where Do the Children Play?,” in which Stevens questioned the value of technology and progress. “Wild World” found the singer being dumped by a girl, but making the novel suggestion that she should stay with him because she was incapable of handling things without him. “Sad Lisa” might have been about the same girl after she tried and failed to make her way; now, she seemed depressed to the point of psychosis. The rest of the album veered between two themes: the conflict between the young and the old, and religion as an answer to life’s questions. Tea for the Tillerman was the story of a young man’s search for spiritual meaning in a soulless class society he found abhorrent. He hadn’t yet reached his destination, but he was confident he was going in the right direction, traveling at his own, unhurried pace. The album’s rejection of contemporary life and its yearning for something more struck a chord with listeners in an era in which traditional verities had been shaken. It didn’t hurt, of course, that Stevens had lost none of his ability to craft a catchy pop melody; the album may have been full of angst, but it wasn’t hard to sing along to. As a result, Tea for the Tillerman became a big seller and, for the second time in four years, its creator became a pop star. ― Allmusic