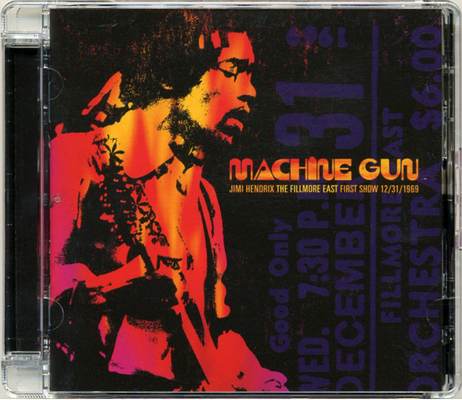 Jimi Hendrix’s electrifying first Band of Gypsys performance! Mastered by Grammy Award-winning engineer Bernie Grundman Never-before-released material from the first New Year’s Eve set! Jimi Hendrix closed 1969 by disbanding the Jimi Hendrix Experience and assembling a new group, the short-lived Band of Gypsys. They debuted in four historic concerts at New York City’s Fillmore East — two sets on New Year’s Eve, and two more on New Year’s Day 1970. The latter shows were combined and edited for the famed Band of Gypsys album in April 1970. The first night’s first concert is now getting a proper release as Machine Gun: The Fillmore East First Show 12/31/69. The new album marks the first time the complete early set has been released in any configuration. Enjoy this new material on Hybrid Stereo SACD from Analogue Productions! Machine Gun: The Fillmore East First Show 12/31/69 and People, Hell & Angels are being released the same day in SACD and high-resolution digital formats, the first-ever Jimi Hendrix hi-res digital releases! Album producers Experience Hendrix L.L.C. is led by the team of Janie Hendrix, Eddie Kramer and John McDermott. Kramer was Jimi Hendrix’s primary recording engineer; Machine Gun: The Fillmore East First Show 12/31/69 was mixed from the original 1-inch 8-track master tapes by Eddie Kramer and mastered by Grammy Award-winning engineer Bernie Grundman. People, Hell & Angels is a collection of previously unreleased studio recordings; the album peaked at No. 2 on Billboard’s Top 200 album chart in March 2013 following its release. The album features studio versions of many of the songs featured on Machine Gun. In addition to the Machine Gun title track, one of Hendrix’s last classics, the 11-song set — collected here in its entirety and in order — includes songs such as “Hear My Train A Comin'” and “Ezy Ryder” that he was still fine-tuning at the time of his death on Sept. 18, 1970. The original Band of Gypsys album included Hendrix’s first work with his new trio, rounded out by bassist Billy Cox and drummer Buddy Miles, after the breakup of the Experience in 1969. Machine Gun: The Filmore East First Show 12/31/69 chronicles the group’s first-ever live performance. “We didn’t know what to expect from the audience, and the audience didn’t know what to expect from us, but from the time we hit that first note, they were in awe,” Cox notes in a press release announcing the set. “You had Jimi Hendrix, a drummer who had been with the Electric Flag and Wilson Pickett, and I was the new kid on the block.” Measured alongside his triumphs at Monterey Pop and Woodstock, Hendrix’s legendary Fillmore East concerts illustrated a critical turning point in a radiant career that boasted of indefinite possibilities. ― Amazon 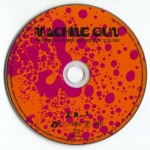