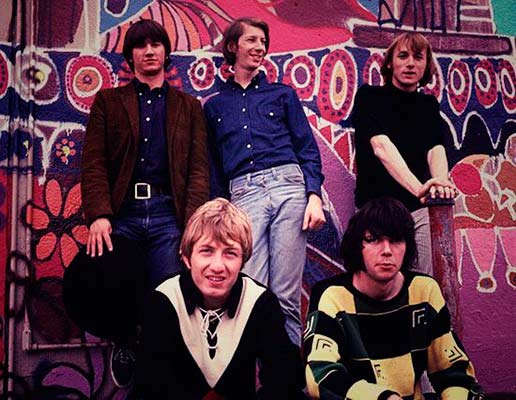 Apart from the Byrds, no other American band had as great an impact on folk-rock and country-rock — really, the entire Californian rock sound — than Buffalo Springfield. The group’s formation is the stuff of legend: driving on Sunset Boulevard in Los Angeles, Stephen Stills and Richie Furay spotted a hearse that Stills was sure belonged to Neil Young, a Canadian he had crossed paths with earlier. Indeed it was, and with the addition of fellow hearse passenger and Canadian Bruce Palmer on bass and ex-Dillard Dewey Martin on drums, the cluster of ex-folkys determined, as the Byrds had just done, to become a rock & roll band.

Buffalo Springfield wasn’t together long — they were an active outfit for just over two years, between 1967 and 1968 –but every one of their three albums was noteworthy. Their debut, Buffalo Springfield, including their sole big hit (Stills’ “For What It’s Worth”), established them as the best folk-rock band in the land barring the Byrds, though Springfield was a bit more folk and country oriented. Again, their second album found the group expanding their folk-rock base into tough hard rock and psychedelic orchestration, resulting in their best record. The group was blessed with three idiosyncratic, talented songwriters in Stills, Young, and Furay (the last of whom didn’t begin writing until the second LP) yet they also had strong and often conflicting egos, particularly Stills and Young. The group, who held almost infinite promise, rearranged their lineup several times, Young leaving the group for periods and Palmer fighting deportation, until disbanding in 1968. Their final album clearly shows the group fragmenting into solo directions. ― Allmusic