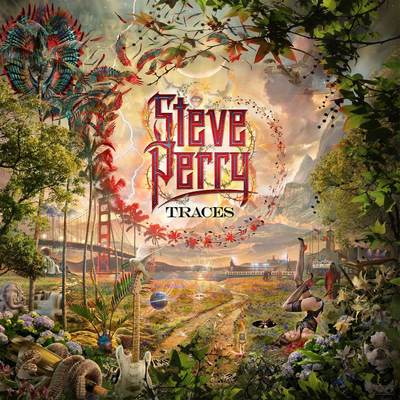 Steve Perry walked away from the music business at the twilight of the 1990s, following the modest success of 1994’s For the Love of Strange Medicine and the underwhelming commercial performance of Journey’s 1996 album, Trial by Fire. Perry spent the next decade and a half out of the spotlight, quietly re-emerging with an appearance at a 2014 Eels concert in St. Paul, Minnesota. Perry’s affinity for Mark Everett’s eccentric indie pop outfit came as a surprise, as nothing in either band’s music suggested a mutual connection, but as the former Journey singer ramped up the publicity for 2018’s Traces, his first solo album in 24 years, his fondness for Everett’s songs became plain: the Eels leader explores the depth of grief on many of his songs, and that’s an emotion Perry felt deeply at the dawn of the 2010s. Perry revealed to Alex Pappademas in The New York Times that he fell in love with cancer patient Kellie Nash in 2011, staying with her until her death in 2012. Instead of sending Perry into seclusion, his love of Nash revived his creativity, sending him on a path that concluded with the creation of Traces.

Given this backstory, it’s not entirely surprising that Traces is a somber affair, heavy on ballads and reflection. What is surprising is how Traces feels grateful, not mournful. Loss lurks at its edges, with Perry acknowledging the absence of his love, but he’s choosing to throw himself into emotions that he avoided, at least on record. Perry doesn’t abandon arena rock — there is no musical evidence of his fondness for Eels — but that is one of the reasons Traces resonates so strongly: he’s working the same anthemic rockers and power ballads that he always has, only infusing them with soul. It helps that his voice shows the slightest hints of age, not reaching the same spectacular heights of his youth and often carrying a vague, appealing raspiness. It’s a voice that is etched with experience, which makes it a good fit for Perry’s songs of memory, mourning, love, and hope. Much of this deep feeling is disguised by expert studiocraft — Traces can be enjoyed as a simple adult contemporary record — but that only heightens the sense of the album’s authenticity. Perry is working in the same milieu that he always has, only reaching deep inside and finding a bruised, beating heart — and its pulse is the reason why Traces is the most affecting music he’s ever made. ― Allmusic 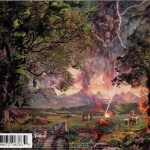