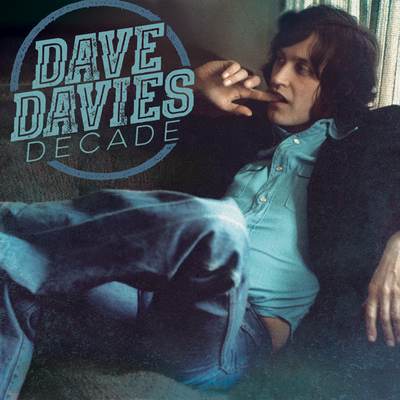 The decade in question on this 2018 compilation is the 1970s, ten years that found the Kinks extraordinarily busy — so busy that Dave Davies didn’t often get a chance to place his songs on Kinks albums. Between 1971 and 1979, the period during which these 13 songs were recorded, the Kinks were powered by a conceptually minded Ray Davies, who cycled through rock operas at a maddening pace before finally finding the hard rock groove that brought the Kinks stadium success in the U.S.A. During this time, Dave had a grand total of two songs appear on Kinks albums: “You Don’t Know My Name” on 1972’s Everybody’s in Show-Biz and “Trust Your Heart” on 1978’s Misfits. Behind the scenes, he was writing as much as he was in the 1960s, a period chronicled on the 2011 compilation Hidden Treasures. Unlike Hidden Treasures, Decade isn’t precisely an archival project. Davies worked with his son Simon to polish the original recordings, so sometimes there are slightly incongruous vocal tracks or guitar overdubs. Some of these splices may be readily apparent but they don’t diminish the worth of Decade, which fills in empty spaces in Dave Davies’ career. Several songs recall his big-hearted, ramshackle rockers from late-’60s Kinks recordings — “Midnight Sun” and “If You Are Leaving” carry hints of The Great Lost Kinks Album, only with arena rock guitars — while a greater number suggests the full-bore hard rock of his official 1980 solo debut, AFL1-3603, but most of this occupies a middle ground that’s redolent of ’70s album rock. Some of it’s funky, some of it’s spacy, “The Journey” cleverly spins early Rod Stewart into prog, there are a few tender ballads and a dose of humor — all sounds that recall the heyday of AOR, only given a contemporary sheen that’s not necessarily displeasing. Listen underneath that gloss, and it’s possible to hear Davies working out his ideas in a space free from the spotlight. Such seclusion may have meant he wasn’t as focused to deliver songs with pop aspirations, the way he was in the ’60s, but that’s also the appeal of the collection: it’s a polished version of a notebook from a strong writer, so it’s by nature fascinating for anybody interested in the music of Dave Davies. ― Allmusic