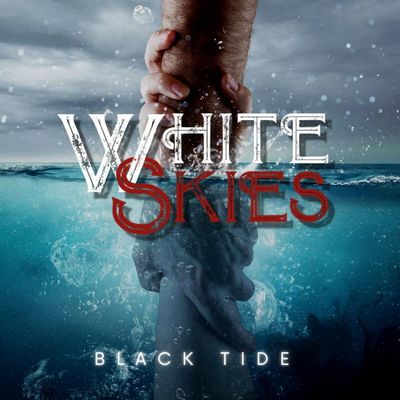 White Skies is a UK based AOR band formed by former Samson/First Strike vocalist Mick White, former Ya Ya guitarist Ray Callcut and former Double Cross/Dante Fox keyboard player Pete Lakin. Just prior to the start of the pandemic in 2020 Mick and Ray (who were old friends from the eighties) had discussed the idea of writing a pure AOR album very much in the style of the giants of the genre Journey, Foreigner and Toto. As the world entered lockdown the writing process began, and it was clear from the first couple of songs that they had a natural songwriting partnership. Ray suggested bringing in his longtime bandmate Pete as the songs were going to need a gifted keyboard player to really take them to the next level and the nucleus of the band was formed. The writing continued over the course of the next year with the tracks being honed down to twelve songs that the three musicians were satisfied were the best of the best they had written, and the recording process continued in their separate home studios while the pandemic continued to grip the world. Finally, the mixes were undertaken by Pete to painstaking detail and the album ‘Black Tide’ was completed in the Spring of 2022. The band were very quickly offered a deal by German rock label Pride & Joy Music and will be released on the 4th of November 2022. White Skies are: Mick White – Lead and backing vocals / Ray Callcut – Guitars, bass and backing vocals / Pete Lakin – Keyboards and programming. Feat. members former members of Samson, Yaya and Dante Fox.