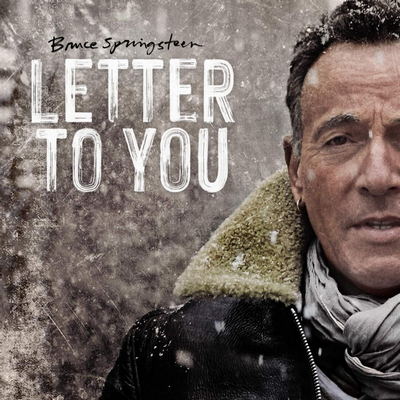 Letter to You comes quickly on the heels of Western Stars, a long-gestating 2019 immersion into the lush, progressive country vistas of the early 1970s, but in a sense, it’s a true sequel to Bruce Springsteen’s 2016 memoir Born to Run and its 2017 stage companion Springsteen on Broadway. It’s an album where Springsteen reckons with the weight of the past, how its ghosts are still readily apparent in the present, an album where the veteran singer/songwriter is keenly aware he has more road in his rearview mirror than he does on the highway ahead of him. Springsteen does find himself drawn to the good old days, reviving three unrecorded songs from the days separating the split of his first band the Castiles and his contract with CBS, adding them to a clutch of new songs where Bruce ponders what it means to be the “Last Man Standing,” surrounded by the spirits of old friends who may no longer be alive but are still a palpable psychic presence. To help him navigate the distance separating then and now, Springsteen brings the E Street Band into the studio for the first time since 2009’s Working on a Dream, but the difference with Letter to You is that the group cut the album live in the studio. It may seem like a subtle distinction, but having the E Street Band offer empathic, effortless support lends a dose of magic to the proceedings, offering unspoken connections between those wordy, windy early works, the cascading thunder of Darkness on the Edge of Town, and the naked sentiment of the aging songwriter. Letter to You often does sound like vintage E Street Band but there are notable differences in terms of attack: They’re playing not out of a sense of hunger, but communion. This shared warmth carries Letter to You through the moments where the younger Bruce is perhaps a bit too precious and the older Springsteen is a bit too clear, turning a record that’s a meditation on mortality into a celebration of what it means to be alive in the moment. ― Allmusic