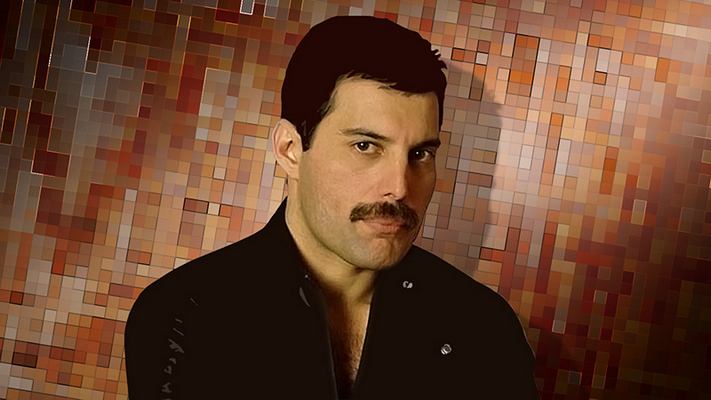 Combining theatrics and an outrageously flamboyant stage persona with his fine natural-born talent (he possessed one of the greatest voices in all of music and penned some of pop’s most enduring and instantly recognizable compositions), one of rock’s greatest all-time entertainers/showmen was unquestionably Queen vocalist Freddie Mercury. Born Farrokh Bulsara on September 5, 1946, in Zanzibar to Persian parents (his father worked as a high court cashier for the British government), young Farrokh was nicknamed Freddie by fellow classmates while attending an English boarding school, and adopted the moniker. Freddie soon discovered his love for art and music, both subjects that he explored voraciously (he began taking piano lessons around this time), putting his newly found piano talent to use as he played in rock & roll bands with friends. Due to political upheaval in Zanzibar, Freddie and his family fled Zanzibar for England in 1964. ― Allmusic