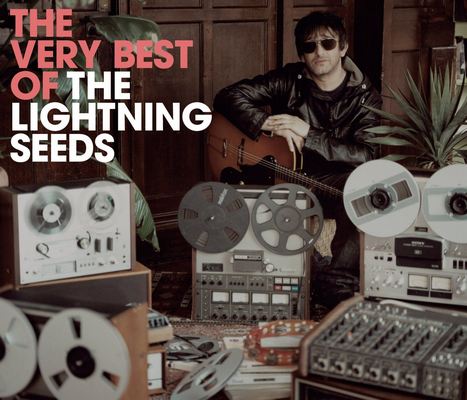 This version of the Lightning Seeds’ greatest hits arrived in the summer of 2006, replacing both The Life of Riley from 2003 and Like You Do…Best of the Lightning Seeds from 1997. What do you put on a collection of Lightning Seeds hits? When one looks at their list of hit singles, it is not that impressive: only 13 hits, only one of which reached the Top Ten, and that was one of their lesser-remembered tracks, “You Showed Me.” There’s a handful of ultra-commercial, highly melodic songs that very nearly made the big time — “Pure,” “Change,” “Perfect,” “Lucky You,” “Ready or Not,” “What If,” and “Sugar Coated Iceberg” all hit the Top 20 and most were given constant rotation on MOR-friendly radio stations, as a sort of sweetness-and-light version of New Order. They also had several minor hit albums, with Like You Do the pinnacle of their achievements (originally hitting number five) aside from one inspired piece of genius, and that was the music written and sung by Ian Broudie with lyrics by the comedians Baddiel & Skinner: “Three Lions” topped the charts originally in 1996, perfectly capturing the moment of the England Football Team at Euro 96. It was a football-related song that even the Germans fell in love with and it hit number one, played incessantly on the radio in 20-minute versions that included the highlights from the previous match’s commentary. And the song hasn’t gone away since; it was even re-released with updated lyrics for the 1998 World Cup, and it topped the charts again and has since re-charted in both 2002 and 2006 for the subsequent World Cups. It was a song much bigger than the Lightning Seeds could ever have been themselves, and maybe that’s why the band’s compilations tend to perform worse than expected — a lot of memorable singles, even if they’re not necessarily big sellers, and the one hit that goes on and on (it’s possibly the ultimate feel-good football song and destined to become a hit all over again in four-year cycles for decades to come). With 20 tracks and nearly 80 minutes of fun singalongs, this compilation could have been improved, sure. It did not need a pointless, lackluster version of “Be My Baby,” and the final track was the 1998 version of “Three Lions,” less than four minutes with a minimum of commentary from the final qualifying match against Italy. The collection should have included the original 1996 hit, complete with over the top patriotic commentary — then, the album may have been a number one. ― Allmusic 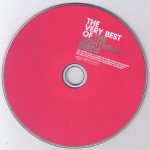