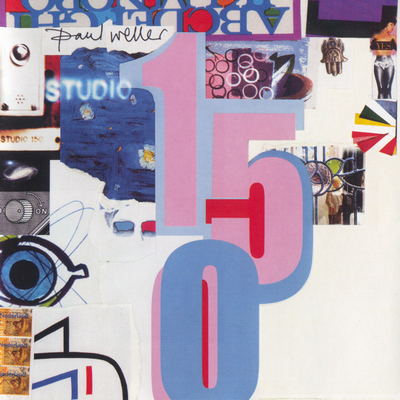 For Studio 150, his seventh solo studio album, Paul Weller delivers his first official covers album. Not that he’s been reluctant to cover other songwriters, of course. Throughout his career, he’s made covers a staple of his records and concerts. In fact, he cut so many as B-sides in the ’90s that his 2003 B-sides and rarities compilation Fly on the Wall had a whole disc devoted to material from other songwriters. Studio 150 feels like a sister album to that disc, and not just because it shares a similar sensibility and has songs by both Tim Hardin and Neil Young. Musically, Studio 150 sounds as if it could have been recorded in 1995 as the missing link between Stanley Road and Heavy Soul, containing the swinging mod vibe of the former with the tough, muscular punch of the latter. While it could be argued that Weller is treading water, or even retreating after the subtle shifts forward on Illumination, it’s almost a moot point since the band sounds terrific and he’s in fine voice. Plus, this is a covers album and innovation isn’t exactly expected on covers albums. What is expected is that the artist puts his own signature on songs from another writer, and Weller does that. True, as a whole Studio 150 doesn’t sound all that different from other records in his catalog, but he’s managed to find new spins on perennials like “Close to You” and “All Along the Watchtower,” interpretations that fit within his signature blend of ’70s soul, mod pop, and singer/songwriter introspection. Not surprisingly, the bulk of the album consists of songs from the late ’60s and ’70s, with selections from singer/songwriters like Tim Hardin, Gil Scott-Heron, Gordon Lightfoot, and Neil Young sitting comfortably next to relatively obscure soul and disco singles (with a previously unrecorded song from Weller disciple Noel Gallagher blending into the surroundings nicely). Some of these songs are familiar, but these arrangements are distinctly Weller’s own, and it makes for an effective listen — maybe not a major effort from the Modfather, but an enjoyable one all the same. ― Allmusic