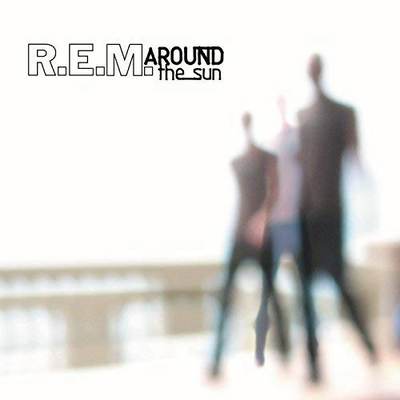 Ten years after the commercial zenith of Monster and seven years after the departure of linchpin Bill Berry, R.E.M. have never seemed as directionless as they do on their 13th album, Around the Sun. To a certain extent, R.E.M. have seemed unsure ever since Monster — sporadically brilliant as it is, New Adventures in Hi-Fi was an effort to clear the decks and redefine the band in the wake of its breakthrough to superstar status. It pointed in a few directions the group could follow, but Berry left the band before they could follow those paths, leaving Peter Buck, Mike Mills, and Michael Stipe at a bit of a loss on what to do next. They initially responded with the overly experimental, overly serious Up in 1998, which gave way to the classicist Reveal in 2001. While these two records were of a piece — heavy on keyboards, containing far more deliberate performances than anything recorded with Berry — they had different characters and feels, which was not unusual for R.E.M.; since the careening, ragged Reckoning followed the hazy, dreamlike Murmur, each album had an element of a surprise, offering something different than what came before. That’s not the case with Around the Sun, which refines and polishes the blueprint of Reveal to the point that Q-Tip’s rap on “The Outsiders” fades into the background as if it were another overdubbed keyboard or acoustic guitar. This is as slow and ballad-heavy as Automatic for the People, but where that album was filled with raw emotion and weird detours, Around the Sun is tasteful and streamlined, from its fussy production to its somber songwriting. Automatic may have been obsessed with death and regret, but it was empathetic and comforting. In contrast, Around the Sun offers no weighty themes — it dabbles in politics and relationships, but the lyrics never seem to mesh with the music — and it’s emotionally removed, keeping listeners at a considerable distance. Here, R.E.M. write songs like craftsmen without distinction — the songs are sturdily constructed but bland, lacking musical and lyrical hooks. The band sound as if they were going through the motions, hoping to save the tunes in the mix. With their layered, low-key production, R.E.M. seem hell-bent on leaving behind anything that could be construed as their signature sound, so keyboards and drum machines are pushed to the front as Buck’s guitar strums instead of jangles and Mills’ background vocals are buried in the mix under Stipe’s double-tracked harmonies. Change is all well and good, but this doesn’t feel like organic change; it feels like the end result of too many hours in the studio tinkering with synthesizers and overdubs, resulting in a record as studiously serious as Wilco but as radio-friendly as U2. By straddling these two extremes, R.E.M. wind up with a record that’s neither fish nor fowl — all the quirks in the production have been sanded down and glossed over so it can slip right onto adult alternative rock airwaves, but it’s too insular, too overthought to appeal to either a wide audience or R.E.M.’s dwindling cult following. ― Allmusic 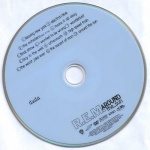 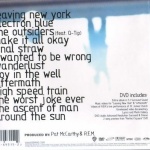