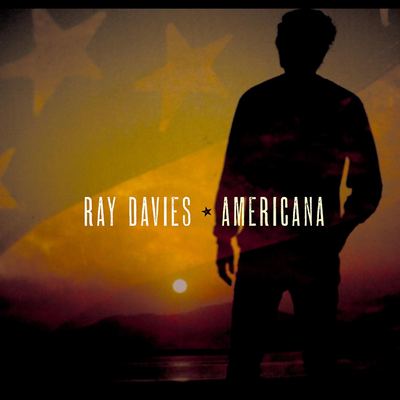 Ray Davies published a memoir chronicling his life-long affair with America in 2013. Naturally, it was called Americana, and that’s also the title of this 2017 musical adaptation of the book. Davies plays a little fast and loose with his facts, which is perhaps a detriment in an autobiography but suits the condensed nature of songwriting. He doesn’t tell a story with Americana — it’s not a song cycle along the lines of Arthur (Or the Decline and Fall of the British Empire) — but rather offers a series of vignettes, some torn from the pages of his book, others expanding upon its themes. Images of highways, cowboys, and movies dance through the songs, as do sly allusions to the Kinks. It’s not just that there’s an echo of “All Day and All of the Night” on “The Man Upstairs,” either: “Poetry” recalls the pastoral jangle of Village Green Preservation Society and “The Great Highway” stomps like a Low Budget outtake. This is the key to understanding Americana. While there are a few nods to classic American music — “A Place in Your Heart” rambles like an old country & western tune — Americana is Davies examining how America has changed him, so it fits that his own work is threaded into the album. Backed by the Jayhawks — an Americana band raised on the British Invasion — Davies manages to skillfully pull off such subtle shifts in tone. Collaborating with a working band enlivens him — there’s snap and muscle here that were missing on the otherwise fine Working Man’s Café — and for as good as the songs are, what’s initially so absorbing about Americana is this limber musicality. What makes it last are the songs, which are wry, moving, and truthful, which wasn’t always the case in his book. ― Allmusic