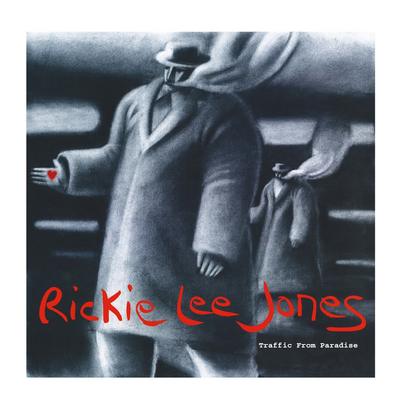 “Just give me many chances … time to learn to crawl,” sings Rickie Lee Jones on this, her fifth album of new material in 14 years. Clearly, she’s had a lot of chances already, and some have paid off big, notably her first two albums, Rickie Lee Jones and Pirates. Here, however, Jones has made a record of what sound like rough performances of musical ideas that might at some point become songs and then, with some work, acceptable recordings. As it is, the record is vague and unfocused, only aspiring to coherence when someone other than the singer/songwriter/producer is heard from, such as on the two songs co-written by Leo Kottke. Too much of the time, Jones sounds like she’s singing half-forgotten songs in the calm aftermath of an all-night party, and the result is wispy and fragmentary, even when, on David Bowie’s “Rebel Rebel,” you know there’s a real song in there somewhere. ― Allmusic