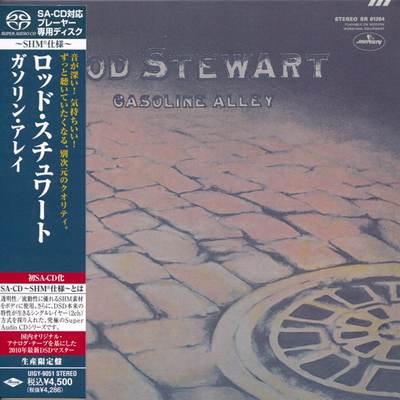 Gasoline Alley follows the same formula of Rod Stewart’s first album, intercutting contemporary covers with slightly older rock & roll and folk classics and originals written in the same vein. The difference is in execution. Stewart sounds more confident, claiming Elton John’s “Country Comfort,” the Small Faces’ “My Way of Giving,” and the Rolling Stones’ version of “It’s All Over Now” with a ragged, laddish charm. Like its predecessor, nearly all of Gasoline Alley is played on acoustic instruments — Stewart treats rock & roll songs like folk songs, reinterpreting them in individual, unpredictable ways. For instance, “It’s All Over Now” becomes a shambling, loose-limbed ramble instead of a tight R&B/blues groove, and “Cut Across Shorty” is based around a howling, Mideastern violin instead of a rockabilly riff. Of course, being a rocker at heart, Stewart doesn’t let these songs become limp acoustic numbers — these rock harder than any fuzz-guitar workout. The drums crash and bang, the acoustic guitars are pounded with a vengeance — it’s a wild, careening sound that is positively joyous with its abandon. And on the slow songs, Stewart is nuanced and affecting — his interpretation of Bob Dylan’s “Only a Hobo” is one of the finest Dylan covers, while the original title track is a vivid, loving tribute to his adolescence. And that spirit is carried throughout Gasoline Alley. It’s an album that celebrates tradition while moving it into the present and never once does it disown the past. ― Allmusic 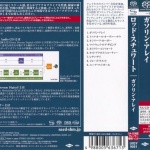