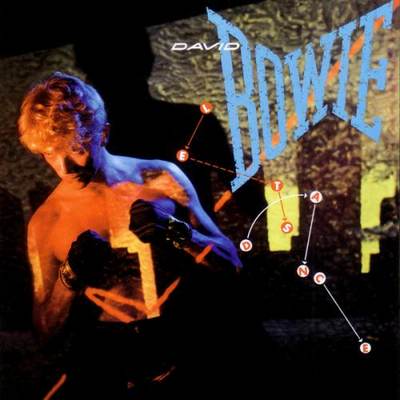 After summing up his maverick tendencies on Scary Monsters, David Bowie aimed for the mainstream with Let’s Dance. Hiring Chic guitarist Nile Rodgers as a co-producer, Bowie created a stylish, synthesized post-disco dance music that was equally informed by classic soul and the emerging new romantic subgenre of new wave, which was ironically heavily inspired by Bowie himself. Let’s Dance comes tearing out of the gate, propulsed by the skittering “Modern Love,” the seductively menacing “China Girl,” and the brittle funk of the title track. All three songs became international hits, and for good reason — they’re catchy, accessible pop songs that have just enough of an alien edge to make them distinctive. However, that careful balance is quickly thrown off by a succession of pleasant but unremarkable plastic soul workouts. “Cat People” and a cover of Metro’s “Criminal World” are relatively strong songs, but the remainder of the album indicates that Bowie was entering a songwriting slump. However, the three hits were enough to make the album a massive hit, and their power hasn’t diminished over the years, even if the rest of the record sounds like an artifact. ― Allmusic 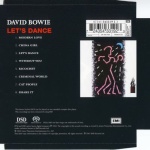