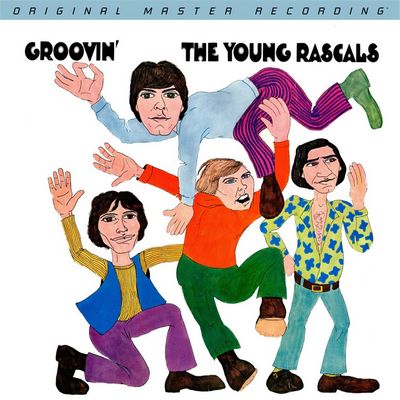 The Rascals move into the era of psychedelia with a vengeance on this album — the best of their entire history — which also retains a soulful core and adds a bit of a Latin beat. The original album on Atlantic was a monster seller thanks to the title track, practically the group’s signature tune (number one on the pop charts, number three on R&B), but “Groovin'” was only one small strong point on the album of the same name. “Find Somebody” marked a return to the group’s garage band sound with a psychedelic twist, including phased fuzztone guitars and some catchy lyrics and choruses. “How Can I Be Sure” is the second best-known song off of this album, but it has a fully successful companion piece, “I’m So Happy Now,” that applies similar instrumentation to very different (but pleasing) effect. Gene Cornish’s “I Don’t Love You Anymore” could be the finest pop song in the band’s repertory apart from “How Can I Be Sure,” with a delectable guitar part, scrumptious melody, and delicious chorus. “You Better Run” was more than a year old when it turned up on this album, and its garage band sensibilities are a bit more primitive than those of “Find Somebody,” but it’s a great piece of rock & roll. The band turns in one superb Motown cover, “A Place in the Sun,” done in a surprisingly subdued fashion. And for a finale, Cavaliere and Brigati turn in an exultant period piece, “It’s Love,” whose soaring lyrics are matched by guest artist Hubert Laws’ flute — alas, his presence would point the way toward less effective, more disjointed work in the Rascals’ future, as they moved more deeply into psychedelia. ― Allmusic