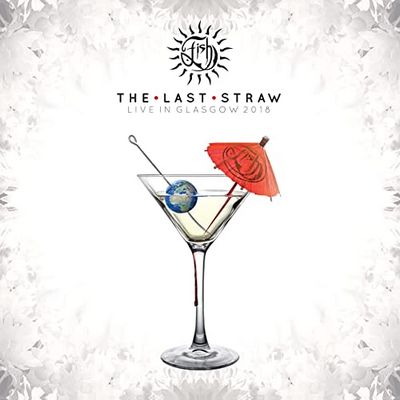 ‘The Last Straw’ was recorded on multitrack at the final show of the ‘Clutching at Straws/Weltschmerz’ tour in the O2 in Glasgow on 13th December 2018. Mixed and produced by Steve Vantsis and mastered by Calum Malcolm this double CD features the entire performance of the ‘Clutching at Straws’ album, Fish’s last with his former band ‘Marillion’ and acknowledged as his favourite of that period in his career. ‘The Last Straw’ also features the debut performances of 4 of the songs from his latest album ‘Weltschmerz’ including the award winning ‘Man with a Stick’ and the epic ‘Waverley Steps’. As well as the two CD’s there is a bonus DVD featuring the entire performance from Cropredy Festival on 10th August 2018. Filmed from on stage cameras and with audio processed by Steve Vantsis and mastered by Calum Malcolm this is an earlier open air setlist and has John Beck on keyboards. He would be replaced on the main European Tour by Foss Paterson.

The CD’s and DVD come in a hardback book with nearly 11000 words of sleeve notes by Fish with concert and backstage photographs from the tour in a 36-page colour booklet. ― fishmusic.eu