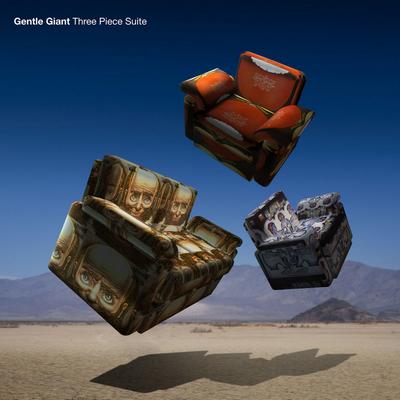 Following the highly successful releases of the Steven Wilson’s remixes of The Power And The Glory and Octopus, Steven has now remixed a specially curated selection of songs and compositions from the band’s first three albums (Giant, Acquiring the Taste, Three Friends) presented in both 5.1 surround sound and stereo. Only a few songs from each of the band’s first three albums are known to exist as multi-tracks, with the rest presumably lost, and it is these nine tracks – plus the previously unreleased pre-debut song ‘Freedom’s Child’ – that have been remixed by Steven Wilson for this very special release. ‘Three Piece Suite’ includes the songs ‘Giant’, ‘Nothing At All’ and ‘Why Not’ from the first album Giant, ‘Pantagruel’s Nativity’, ‘The House, The Street, The Room’ from the second album Acquiring The Taste, and ‘Schooldays’, ‘Peel the Paint’, ‘Mr. Class And Quality’ and ‘Three Friends’ from the album Three Friends. The previously commercially unreleased song ‘Freedom’s Child’ is from the first recording sessions with legendary producer Tony Visconti. The liner notes contain an essay by noted journalist Anil Prasad, in which Gentle Giant’s members reflect upon the writing and recording sessions. Furthermore, Steven Wilson and Tony Visconti share their observations about the early days of this unique collection of timeless music from one of progressive rock’s most influential bands. — Amazon