Just when you thought the greatest and most venerable American prog band could get “none more prog,” along comes THE BREAKING OF THE WORLD, the best work of Glass Hammer’s career and, in some related fashion, their most progressive album thus far. This is not just album number fifteen in a list of fifteen sequential studio albums. Of course, there’s no such thing—and never has been—as “just another Glass Hammer album.” Each is a treasure, in and of itself. At the risk of sounding somewhat bizarre, I must write that THE BREAKING OF THE WORLD is so progressive, that it probably goes beyond progressive rock. It’s not genre-less, but it is probably genre-creating or, at the very least, genre transformational.

Glass Hammer has never shunned or forsaken its loyalties, and one always hears a bit of their loves and admirations in their music. Sometimes it’s Yes, sometimes Genesis, sometimes Kansas, and sometimes, ELP. 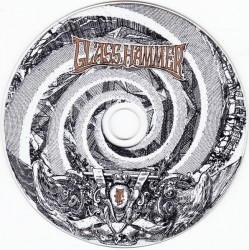