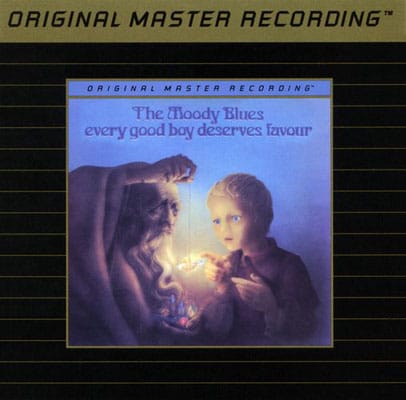 The best-realized of their classic albums, Every Good Boy Deserves Favour was also the last of the group’s albums for almost a decade to be done under reasonably happy and satisfying circumstances — for the last time with this lineup, they went into the studio with a reasonably full song bag and a lot of ambition and brought both as far as time would allow, across close to four months (interrupted by a tour of the United States right in the middle). Virtually everywhere you listen on this record, the lush melodies and the sound of Michael Pinder’s Mellotron (augmented here by the Moog synthesizer and a brace of other instruments) just sweep over the music, and where they don’t, Justin Hayward’s guitar pyrotechnics on pieces like “The Story in Your Eyes” elevate the hard rocking side of the music, in tandem with John Lodge’s muscular bass work — which still leaves plenty of room for a cello here, and a grand piano there, on top of Ray Thomas’ flute, and Graeme Edge’s ever more ambitious percussion. “Emily’s Song.” “Nice to Be Here,” and “My Song” are among the best work the group ever did, and “The Story in Your Eyes” is the best rock number they ever cut, with a bracing beat and the kind of lyrical complexity one more expected out of George Harrison at the time. Sad to say, the group would never be this happy with an album again — at least not for a lot of years — or with their commitment to being a group, though they would leave one more highly worthwhile album before taking a hiatus for most of the rest of the 1970s. ― Allmusic 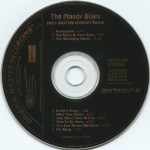