From a lyrical perspective, 1991’s Roll the Bones is quite possibly Rush’s darkest album (most of the songs deal with death in no uncertain terms), but from a musical point of view, the record treads territory (highbrow melodic hard rock) similar to its recent predecessors, with only a few surprises thrown in for good measure. These include an amusing rap section in the middle of the title track, a welcome return to instrumentals with “Where’s my Thing?,” and one of the band’s finest songs of the ’90s in the gutsy “Dreamline.” “Neurotica” is another highlight which lives up to its title, and though their negative subject matter can feel stifling at times, fine tracks like “Bravado,” “The Big Wheel,” and “Heresy” feature wonderful melodies and arrangements. ― Allmusic 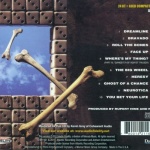 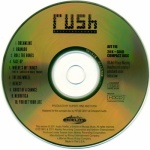