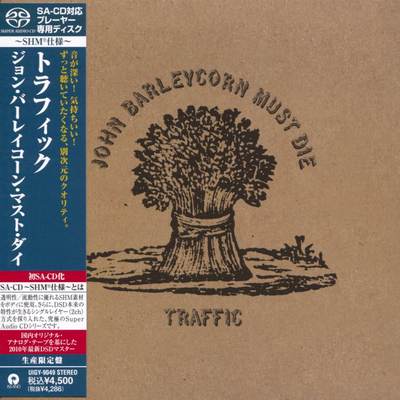 At only 22 years old, Steve Winwood sat down in early 1970 to fulfill a contractual commitment by making his first solo album, on which he intended to play all the instruments himself. The record got as far as one backing track produced by Guy Stevens, “Stranger to Himself,” before Winwood called his erstwhile partner from Traffic, Jim Capaldi, in to help out. The two completed a second track, “Every Mother’s Son,” then, with Winwood and Island Records chief Chris Blackwell moving to the production chores, brought in a third Traffic member, Chris Wood, to work on the sessions. Thus, Traffic, dead and buried for more than a year, was reborn. The band’s new approach was closer to what it perhaps should have been back in 1967, basically a showcase for Winwood’s voice and instrumental work, with Wood adding reed parts and Capaldi drumming and occasionally singing harmony vocals. If the original Traffic bowed to the perceived commercial necessity of crafting hit singles, the new Traffic was more interested in stretching out. Heretofore, no studio recording had run longer than the five-and-a-half minutes of “Dear Mr. Fantasy,” but four of the six selections on John Barleycorn Must Die exceeded six minutes. Winwood and company used the time to play extended instrumental variations on compelling folk- and jazz-derived riffs. Five of the six songs had lyrics, and their tone of disaffection was typical of earlier Capaldi sentiments. But the vocal sections of the songs merely served as excuses for Winwood to exercise his expressive voice as punctuation to the extended instrumental sections. As such, John Barleycorn Must Die moved beyond the jamming that had characterized some of Traffic’s 1968 work to approach the emerging field of jazz-rock. And that helped the band to achieve its commercial potential; this became Traffic’s first gold album. ― Allmusic