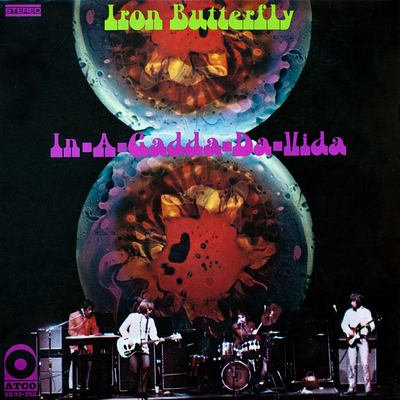 With its endless, droning minor-key riff and mumbled vocals, “In-A-Gadda-Da-Vida” is arguably the most notorious song of the acid rock era. According to legend, the group was so stoned when they recorded the track that they could neither pronounce the title “In the Garden of Eden” or end the track, so it rambles on for a full 17 minutes, which to some listeners sounds like eternity. But that’s the essence of its appeal — it’s the epitome of heavy psychedelic excess, encapsulating the most indulgent tendencies of the era. Iron Butterfly never matched the warped excesses of “In-A-Gadda-Da-Vida,” either on their debut album of the same name or the rest of their catalog, yet they occasionally made some enjoyable fuzz guitar-driven psychedelia that works as a period piece. The five tracks that share space with their magnum opus on In-A-Gadda-Da-Vida qualify as good artifacts, and the entire record still stands as the group’s definitive album, especially since this is the only place the full-length title track is available. ― Allmusic 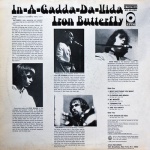 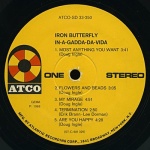 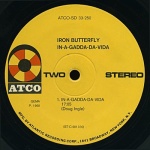