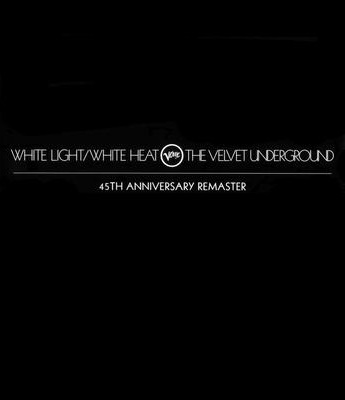 The world of pop music was hardly ready for The Velvet Underground’s first album when it appeared in the spring of 1967, but while The Velvet Underground and Nico sounded like an open challenge to conventional notions of what rock music could sound like (or what it could discuss), 1968’s White Light/White Heat was a no-holds-barred frontal assault on cultural and aesthetic propriety. Recorded without the input of either Nico or Andy Warhol, White Light/White Heat was the purest and rawest document of the key Velvets lineup of Lou Reed, John Cale, Sterling Morrison, and Maureen Tucker, capturing the group at their toughest and most abrasive. The album opens with an open and enthusiastic endorsement of amphetamines (startling even from this group of noted drug enthusiasts), and side one continues with an amusing shaggy-dog story set to a slab of lurching mutant R&B (“The Gift”), a perverse variation on an old folktale (“Lady Godiva’s Operation”), and the album’s sole “pretty” song, the mildly disquieting “Here She Comes Now.” While side one was a good bit darker in tone than the Velvets’ first album, side two was where they truly threw down the gauntlet with the manic, free-jazz implosion of “I Heard Her Call My Name” (featuring Reed’s guitar work at its most gloriously fractured), and the epic noise jam “Sister Ray,” 17 minutes of sex, drugs, violence, and other non-wholesome fun with the loudest rock group in the history of Western Civilization as the house band. White Light/White Heat is easily the least accessible of The Velvet Underground’s studio albums, but anyone wanting to hear their guitar-mauling tribal frenzy straight with no chaser will love it, and those benighted souls who think of the Velvets as some sort of folk-rock band are advised to crank their stereo up to ten and give side two a spin. ― Allmusic