VA – Across The Universe: Music From The Motion Picture (2007) {2CD Deluxe Edition} 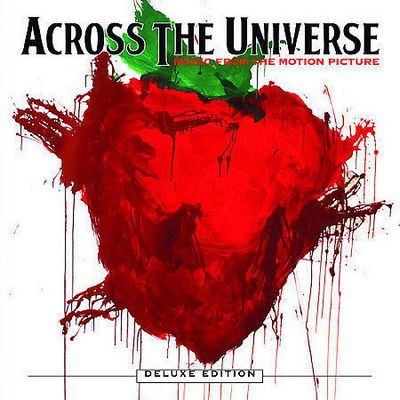 As soundtracks to misguided Beatles-inspired movies go, Across the Universe — the companion piece to Julie Taymor’s pseudo-psychedelic fantasmagoria extravaganza, telling the story of the ’60s through the tunes of the Fab Four — isn’t too embarrassing. Certainly, it lacks the appalling tackiness of Sgt. Pepper and it’s not as stuffy as All This and World War II, but avoiding these two traps isn’t a very high bar to meet, and Across the Universe winds up having its own bewildering gaudy moments. Taymor’s overly designed fantasia is at once too tasteful and too garish, which is an odd combination for an odd movie — and something that may be more gripping onscreen than it is on record, where the flaws of the casting tend to be harder to ignore, at least in musical terms. Curiously enough, that’s as true of the actors as it is the pro singers. It may be expected that Evan Rachel Wood is as charmless on record as she is onscreen, but it’s hard to ignore how Dana Fuchs furiously channels Melissa Etheridge (especially on “Helter Skelter”) to no avail when her performance is isolated as music, but the biggest surprise is that Bono not only looks like a dead ringer for Robin Williams in the film, but he sounds a bit like him too, as he gracelessly slaughters “I Am the Walrus” and “Lucy in the Sky with Diamonds” with his dogged, overly earnest readings. Bono may have no ear for whimsy, but his brave literalism in the face of nonsense fits Taymor’s literal interpretations of the Beatles catalog yet it provides the soundtrack with its only fleeting moments of camp — although T.V. Carpio’s lesbian longing on “I Want to Hold Your Hand” comes close, due to its hazy, soft symphonic makeover — as most of this slides by agreeably enough. Jim Sturgess has the same plainspoken delivery as Ewan MacGregor in Moulin Rouge, which helps in love songs from “All My Loving” to “Something” — and he does a credible job on the rockabilly revamp of “I’ve Just Seen a Face” — and Joe Cocker steals the show with his slinky, funky, spacy version of “Come Together.” And, apart from Bono and Fuchs’ too-strong soulful belting, nothing is distracting — but nothing is particularly memorable as music, either, which is odd because the movie itself is certainly memorable, whether you like it or not. But that just means that Across the Universe falls prey to the curse of jukebox musicals on Broadway — no matter how good or how bad the music is, it ultimately only whets the appetite for the original recordings, which is certainly the case here. ― Allmusic 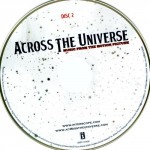