Hearts is the fifth studio album by American folk rock trio America, released by Warner Bros. Records in 1975. The album was produced by longtime Beatles producer George Martin, the second of seven consecutive albums he produced with America. END_OF_DOCUMENT_TOKEN_TO_BE_REPLACED 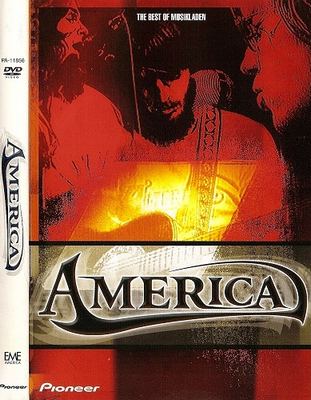 Homecoming, America’s finest album, refines and focuses the folk-pop approach found on their debut release. The songs here are tighter and more forthright, with fewer extended solo instrumental sections than before. The sound quality is clear and bright; the colorful arrangements, while still acoustic guitar-based, feature more electric guitar and keyboards. END_OF_DOCUMENT_TOKEN_TO_BE_REPLACED 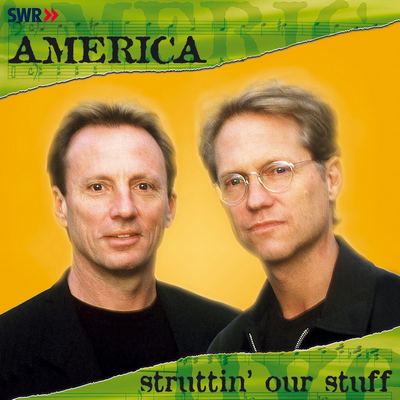 This performance, during America’s last European tour in 1999, was recorded at the Ohne Filter Studio in Germany. Their 1972 single, A Horse With No Name, climbed to the top the charts in countries throughout the world. The band also released a string of hit singles, many of which are included in this live audio recording such as, Riverside, You Can Do Magic, Ventura Highway and many more! END_OF_DOCUMENT_TOKEN_TO_BE_REPLACED America’s debut album is a folk-pop classic, a stellar collection of memorable songs that would prove influential on such acts as the Eagles and Dan Fogelberg. Crosby, Stills & Nash are the group’s obvious stylistic touchstone here, especially in the vocal harmonies used (compare the thick chordal singing of “Sandman” and “Children” to CS&N’s “You Don’t Have to Cry” and “Guinevere”) and the prominent use of active strummed acoustic guitar arrangements END_OF_DOCUMENT_TOKEN_TO_BE_REPLACED The trio America (vocalists/guitarists Dewey Bunnell, Gerry Beckley, and Dan Peek) approximated the 1970s California pop folk sound so well that when their first single “A Horse With No Name” appeared on the radio waves in the fall of 1972, many listeners assumed it was a song by Neil Young. END_OF_DOCUMENT_TOKEN_TO_BE_REPLACED History: America’s Greatest Hits is the first compilation album by American folk rock trio America, released by Warner Bros. Records in 1975. It was a success in the United States, reaching number 3 on the Billboard album chart and being certified multi-platinum by the RIAA. It has also been certified 6 times platinum by ARIA for shipments of 420,000 copies in Australia END_OF_DOCUMENT_TOKEN_TO_BE_REPLACED