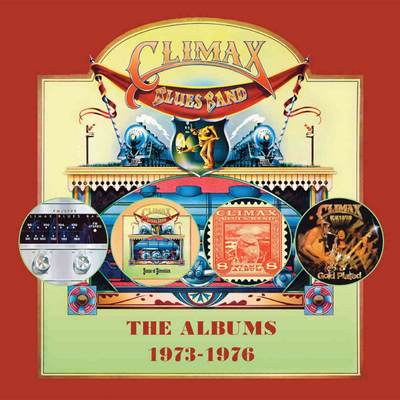 Four CD set. Climax Blues Band: The Albums 1973 – 1976 is the second collection of Climax Blues Band albums and features their work issued between 1973 and 1976, a period of commercial and concert success for the group which saw the release of the albums FM Live, Sense Of Direction, Stamp Album and Gold Plated. Formed in Stafford in 1968 by Colin Cooper, the band (originally known as the Climax Chicago Blues Band) recorded their first live album, FM Live, in New York City at the Academy of Music with a line-up of Colin Cooper (vocals, saxophones, harmonica), Pete Haycock (guitar, vocals), Derek Holt (bass, guitar, vocals) and John Cuffley (drums). The album was originally released as a single LP in the UK by Polydor Records, but issued as an entire performance by Sire Records in the USA. The version in this set is the original US double album running order (with the full version of ‘Goin’ to New York’). END_OF_DOCUMENT_TOKEN_TO_BE_REPLACED 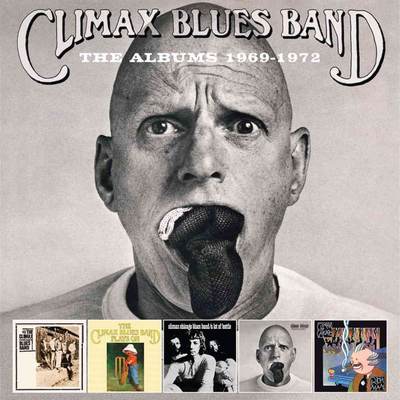 A 5CD Clamshell Boxed set featuring the first five albums by the climax blues band originally issued on the Parlophone and Harvest labels between 1969 and 1972. CD’s in replica card sleeves plus an illustrated poster. Esoteric Recordings is pleased to announce the release of “The Albums 1969 – 1972” by the Climax Blues Band; a 5 CD set comprising the band’s first five albums, originally issued on EMI’s Parlophone and Harvest labels between 1969 and 1972, namely The Climax Chicago Blues Band, Plays On, A Lot of Bottle, Tightly Knit and Rich Man. END_OF_DOCUMENT_TOKEN_TO_BE_REPLACED Pete Haycock and Robin George had worked together on the charity album “LovePower and Peace” and the opportunity to make an album together to tour was not to be missed. The duo assembled in 2013 a cast of heritage musicians with all tracks mostly co-written by Haycock and George and they also coproduced the album. Pete had experienced worldwide fame as part of Climax Blues Band and Robin has enjoyed one the most varied and successful careers as END_OF_DOCUMENT_TOKEN_TO_BE_REPLACED