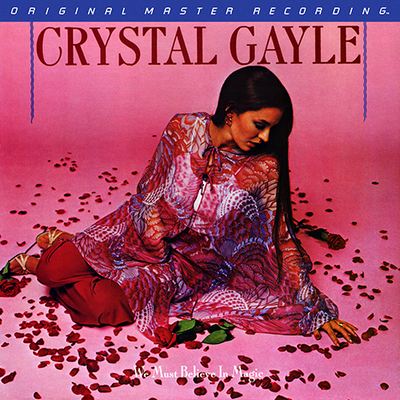 We Must Believe in Magic is the fourth studio album by American country music singer Crystal Gayle. Released on June 24, 1977, it became her highest selling album, reaching #2 on the Billboard Country Albums chart and #12 on the main Billboard album chart (her first album to enter the main chart and her only album to make the Top 30 there to date). It was certified platinum by the RIAA in 1978. The album also has the distinction of being the first platinum album recorded by a female artist in country music. It was also Gayle’s first album to chart in the UK, where it reached #15, and was certified silver by the BPI. In the Netherlands, it stayed on the charts for two weeks and peaked at #29. END_OF_DOCUMENT_TOKEN_TO_BE_REPLACED