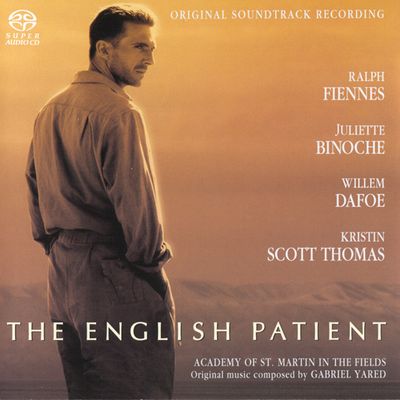 Gabriel Yared composed most of the music for the soundtrack of one of 1996’s most acclaimed dramas, which was largely performed by the Academy of St. Martin in the Fields; John Constable (on solo piano) and Marta Sebestyen (vocals) are also featured. Yared’s score is mostly typical wide-screen epic stuff–nothing special. More interesting are Hungarian folk singer Sebestyen’s occasional contributions. A few period pop/jazz cuts by Benny Goodman, Ella Fitzgerald, and Fred Astaire are interspersed throughout, and are most likely more effective on screen than on disc, where they juxtapose uncomfortably with the orchestral instrumental pieces. END_OF_DOCUMENT_TOKEN_TO_BE_REPLACED