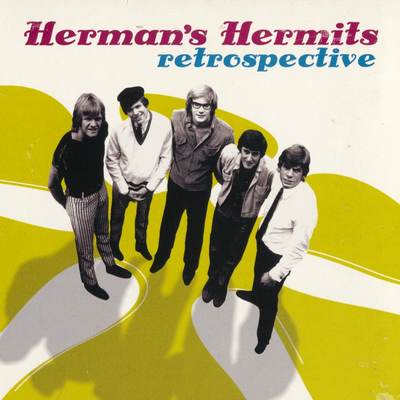 Herman’s Hermits are widely seen as a lightweight, novelty cousin to the Beatles, fronted by a lovably dorky moppet and musically negligible. Sure, they are lightweight at times, Peter Noone is a lovable moppet, and their popularity would never have been possible without the Beatles, but one listen to Retrospective proves that they were not lacking in the musical department. Setting aside “I’m Henry the VIII, I Am” (which proves everything the critics say about the band), the group, and producer Mickie Most, had a surefooted straight-ahead approach that let the songs’ hooks sink in deeply. END_OF_DOCUMENT_TOKEN_TO_BE_REPLACED Herman’s Hermits were never taken seriously, not when they were having hits in the ’60s and not in the decades since. This indifference makes Bear Family’s decision to release a celebratory 50th Anniversary Anthology all the more surprising: not only is it a rare dip into the British Invasion for the American roots-besotted label, but the act seems too frivolous for their tastes. END_OF_DOCUMENT_TOKEN_TO_BE_REPLACED