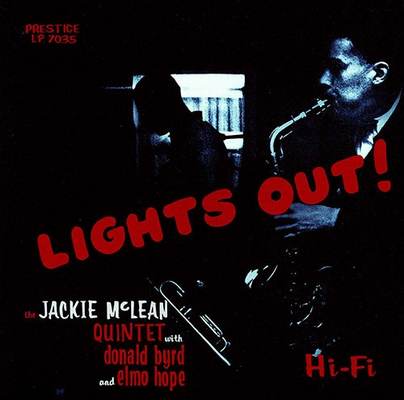 Altoist Jackie McLean’s second session as a leader is reissued on this CD. The music that he makes with trumpeter Donald Byrd, pianist Elmo Hope, bassist Doug Watkins and drummer Art Taylor is essentially hard bop with fairly simple (or in some cases nonexistent) melody statements preceding two romps through the “I Got Rhythm” chord changes, a pair of blues, a thinly disguised “Embraceable You” and a straightforward version of “A Foggy Day.” Enjoyable if not really essential music from the up-and-coming altoist. END_OF_DOCUMENT_TOKEN_TO_BE_REPLACED 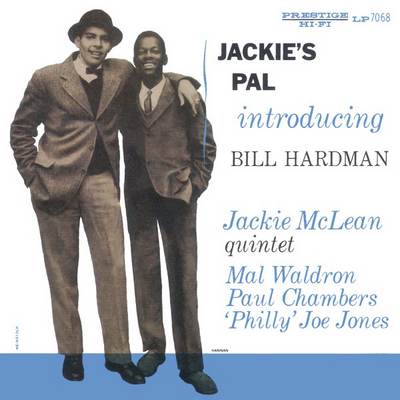 Here was Bill Hardman, who he introduced into a quintet with Mal Waldron (piano), Paul Chambers (bass) and Philly Joe Jones (drums). Hardman’s hot breaking tone sounds a bit less forceful than on his (soon-to-be) later work with The Messengers, but it was already identifiable…Chambers has some exciting bowed spots, Mal Waldron was a bit bland and while Jones’ drumming fills the role, it missed the push Art Taylor’s drumming seemed to invite so often with McLean. END_OF_DOCUMENT_TOKEN_TO_BE_REPLACED