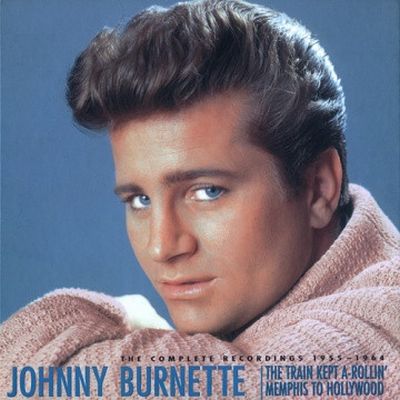 If ever there were an act that deserved more than it got, it was Johnny Burnette and the Rock ‘n’ Roll Trio. These three young men — Johnny and his brother Dorsey and guitarist extraordinaire Paul Burlison — were the authentic rockabilly article, hailing, like Elvis Presley, from Memphis proper. They were rawer than Jerry Lee Lewis and Elvis put together and at their best more exciting to listen to. And while Burnette went on to write hits for Ricky Nelson and score a few of his own, it’s the Rock ‘n’ Roll Trio sides — none of which ever charted — for which he is most remembered. END_OF_DOCUMENT_TOKEN_TO_BE_REPLACED