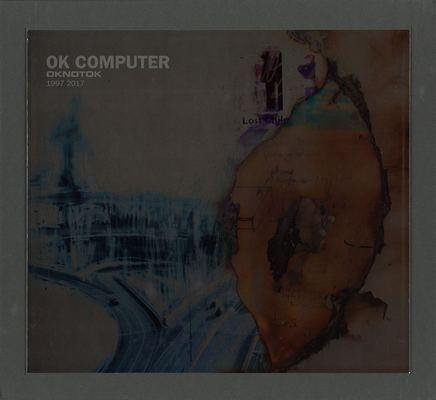 Three 180gram black 12” vinyl containing 23 tracks: OK Computer, 3 previously unreleased studio tracks and 8 B-sides, all newly remastered. The vinyl is housed in a hardcover book along with 40 pages of artwork and lyrics. END_OF_DOCUMENT_TOKEN_TO_BE_REPLACED OK Computer is the third studio album by English alternative rock band Radiohead, released in 1997 on EMI subsidiaries Parlophone and Capitol Records. The members of Radiohead self-produced the album with Nigel Godrich, an arrangement that the band has used on all of their subsequent albums to date. Other than the song “Lucky”, which was recorded in 1995, Radiohead recorded the album in Oxfordshire and Bath between 1996 and early 1997, mostly in the historic mansion St. Catherine’s Court. END_OF_DOCUMENT_TOKEN_TO_BE_REPLACED 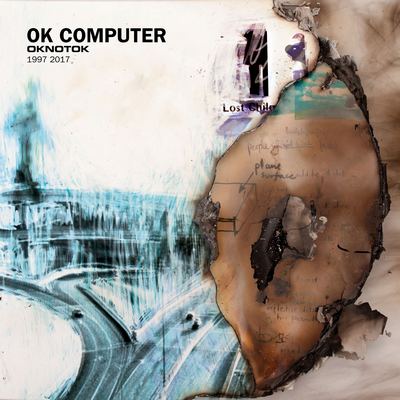 On 2 May 2017, Radiohead and XL announced a 20th-anniversary OK Computer reissue, OK Computer OKNOTOK 1997 2017. The reissue includes a remastered version of the original album, plus eight B-sides and three previously unreleased tracks: “I Promise,” “Man of War”, and “Lift”. The boxed edition includes the album on vinyl, a hardcover art book, a book of Yorke’s notes, and a sketchbook of Donwood and Yorke’s “preparatory work”. END_OF_DOCUMENT_TOKEN_TO_BE_REPLACED 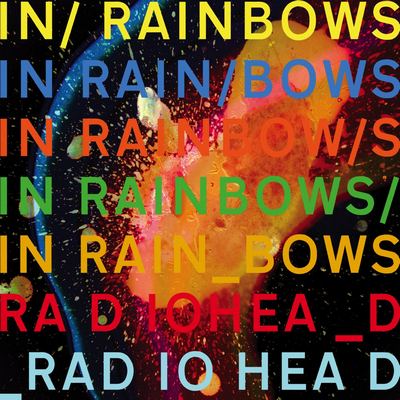 In Rainbows, as a title, implies a sense of comfort and delightfulness. Symbolically, rainbows are more likely to be associated with kittens and warm blankets than the grim and glum circumstances Radiohead is known for soundtracking. There’s a slight, if expected, twist at play. The band is more than familiar with the unpleasant moods associated with colors like red, green, and blue — all of which, of course, are colors within a rainbow — all of which are present, and even mentioned, during the album. END_OF_DOCUMENT_TOKEN_TO_BE_REPLACED A cursory glance at A Moon Shaped Pool may suggest a certain measure of indifference on the part of Radiohead. Its 11 songs are sequenced in alphabetical order—a stunt befitting a Pixies concert or perhaps a Frank Black box set, not a proper album—and many of these tunes are of an older vintage: the group began work on the opener “Burn The Witch” at the turn of the century, while the closing “True Love Waits” first appeared in concerts way back in 1995. END_OF_DOCUMENT_TOKEN_TO_BE_REPLACED Radiohead’s admittedly assumed dilemma: how to push things forward using just the right amounts of the old and the older in order to please both sides of the divide? Taking advantage of their longest running time to date, enough space is provided to quench the thirsts of resolute Bends devotees without losing the adventurous drive or experimentation that eventually got the group into hot water with many of those same listeners. Guitars churn and chime and sound like guitars more END_OF_DOCUMENT_TOKEN_TO_BE_REPLACED Faced with a deliberately difficult deviation into “experimentation,” Radiohead and their record label promoted Kid A as just that — a brave experiment, and that the next album, which was just around the corner, really, would be the “real” record, the one to satiate fans looking for the next OK Computer, or at least guitars. At the time, people bought the myth, especially since live favorites like “Knives Out” and “You and Whose Army?” were nowhere to be seen on Kid A. That, however, ignores a salient point — Amnesiac, as the album came to be known, consists of recordings made during the Kid A sessions END_OF_DOCUMENT_TOKEN_TO_BE_REPLACED In the wake of OK Computer, it became taken for granted among serious rock fans of all ages that Radiohead not only saved rock from itself, but paved the way toward the future. High praise, but given the static nature of rock in the last half of the ’90s, it was easy to see why fans and critics eagerly harnessed their hopes to the one great rock band that wanted to push the limits of END_OF_DOCUMENT_TOKEN_TO_BE_REPLACED

Using the textured soundscapes of The Bends as a launching pad, Radiohead delivered another startlingly accomplished set of modern guitar rock with OK Computer. The anthemic guitar heroics present on Pablo Honey and even The Bends are nowhere to be heard here. Radiohead have stripped away many of the obvious elements of guitar rock, creating music that is subtle and textured yet still has the feeling of rock & roll. Even at its most adventurous — such as the complex, multi-segmented END_OF_DOCUMENT_TOKEN_TO_BE_REPLACED Pablo Honey in no way was adequate preparation for its epic, sprawling follow-up, The Bends. Building from the sweeping, three-guitar attack that punctuated the best moments of Pablo Honey, Radiohead create a grand and forceful sound that nevertheless resonates with anguish and despair — it’s cerebral anthemic rock. Occasionally, the album displays its influences, whether it’s U2, Pink Floyd, R.E.M., or the Pixies, but Radiohead turn clichés inside out, making each song sound bracingly fresh END_OF_DOCUMENT_TOKEN_TO_BE_REPLACED Radiohead’s debut album, Pablo Honey, is a promising collection that blends U2’s anthemic rock with long, atmospheric instrumental passages and an enthralling triple-guitar attack that is alternately gentle and bracingly noisy. The group has difficulty writing a set of songs that are as compelling as their sound, but when they do hit the mark — such as on “Anyone Can Play Guitar,” “Blow Out,” and the self-loathing breakthrough single “Creep” — the band achieves a rare power that is both visceral and intelligent. END_OF_DOCUMENT_TOKEN_TO_BE_REPLACED