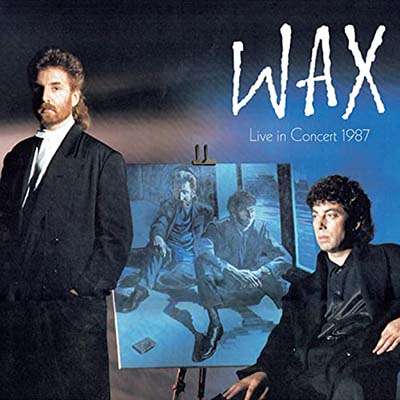 Live archive release featuirng a previously unreleased concert by Wax, recorded in Harrogate in November 1987. Wax was a collaboration between two highly respected song writers and musicians, namely American Andrew Gold and Graham Gouldman. Both Gold and Gouldman had enjoyed successful careers before coming together. Andrew Gold had recorded four acclaimed albums for Asylum Records and had enjoyed hits with such classic songs as ‘Lonely Boy’, ‘Never Let Her Slip Away’, ‘Thank You For Being a Friend’ and ‘Kiss This One Goodbye’. END_OF_DOCUMENT_TOKEN_TO_BE_REPLACED