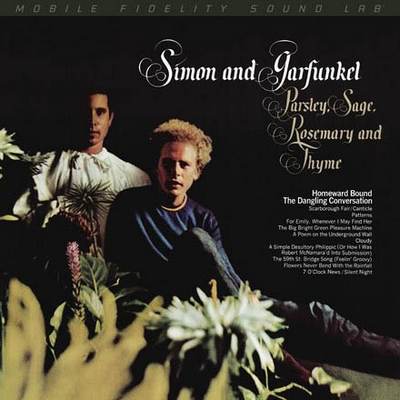 Simon & Garfunkel’s first masterpiece, Parsley, Sage, Rosemary and Thyme was also the first album on which the duo, in tandem with engineer Roy Halee, exerted total control from beginning to end, right down to the mixing, and it is an achievement akin to the Beatles’ Revolver or the Beach Boys’ Pet Sounds album, and just as personal and pointed as either of those records at their respective bests. After the frantic rush to put together an LP in just three weeks that characterized the Sounds of Silence album early in 1966, Parsley, Sage, Rosemary and Thyme came together over a longer gestation period of about three months, an uncommonly extended period of recording in those days, but it gave the duo a chance to develop and shape the songs the way they wanted them. The album opens with one of the last vestiges of Paul Simon’s stay in England, “Scarborough Fair/Canticle” — the latter was the duo’s adaptation of a centuries-old English folk song in an arrangement that Simon had learned from Martin Carthy. The two transformed the song into a daunting achievement in the studio, however, incorporating myriad vocal overdubs and utilizing a harpsichord, among other instruments, to embellish it, and also wove into its structure Simon’s “The Side of a Hill,” a gentle antiwar song that he had previously recorded on The Paul Simon Songbook in England. The sonic results were startling on their face, a record that was every bit as challenging in its way as “Good Vibrations,” but the subliminal effect was even more profound, mixing a hauntingly beautiful antique melody, and a song about love in a peaceful, domestic setting, with a message about war and death; Simon & Garfunkel were never as political as, say, Peter, Paul & Mary or Joan Baez, but on this record they did bring the Vietnam war home. ― Allmusic 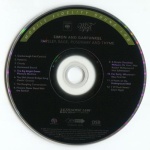