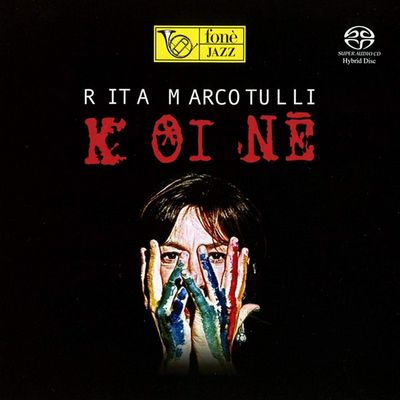 Koine is Rita Marcotulli’s second release following her earlier album The Light Side of the Moon which features a track made famous by Pink Floyd. Marcotulli is a jazz singer, pianist, and composer who always has a thread that connects her albums. Which explains why this album shares the title song (“Koine”) with her prior album along with 10 more of her original compositions.

Marcotulli has claimed the influence of musicians such as Thelonious Monk, Bill Evans and John Coltrane. A highly skilled performer, she chooses to play in a style that derives as much from pop and folk as jazz. In addition to playing in jazz circles, Marcotulli has also composed music for the dance theatre and for films. ― elusivedisc.com