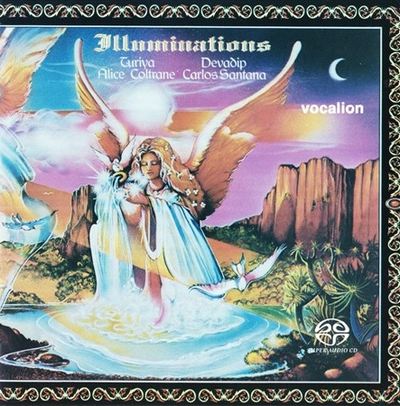 Illuminations is a 1974 collaboration between Alice Coltrane and Carlos Santana. Jazz musicians Jules Broussard, Jack DeJohnette and Dave Holland also contributed to the record, on saxophone, flute, drums and bass. Alice Coltrane delivers some harp glissando, while the string orchestra adds a serene mood to the music. Carlos Santana (whose Indian name “Devadip” appears on the sleeve) plays electric guitar in his own fashion, utilizing feedback, long notes and simple melodies, letting much space to the other instruments. The album is conceived as an instrumental jazz album, with lengthy solos on guitar, saxophone and keyboards. The introduction to “Angel of Air”, with its violins, has been sampled by the Cinematic Orchestra. It is his first of three solo albums (the others being Oneness and The Swing of Delight) to be released under his temporary Sanskrit name Devadip Carlos Santana, given to him by Sri Chinmoy. 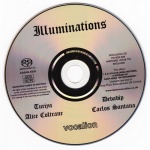 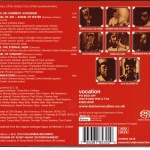